Web application development has advanced so much and learning more about a MERN stack could be a game changer. JavaScript itself has undergone multiple changes, with the State of Javascript survey revealing that this encompasses elements such as frameworks, techniques, and features used for developing complex apps.

Alongside the broad stack, which refers to a combination of technologies for web development, the MERN Stack can also be quite confusing for developers exploring their options. Here’s all you need to know about this popular solution:

The MERN Stack is essentially an open-source full-stack JavaScript solution designed to simplify and streamline the process of application development. Its name is formed by an acronym for MongoDB, Express, React, and Node.js.

Using this solution, developers can create websites from the front end to the back end – in other words, the ability to develop a complete site from start to finish with minimal skill and effort. For developers, this grants full management capabilities; for companies, this grants them recruitment savings.

The Technologies That Make Up the MERN Stack 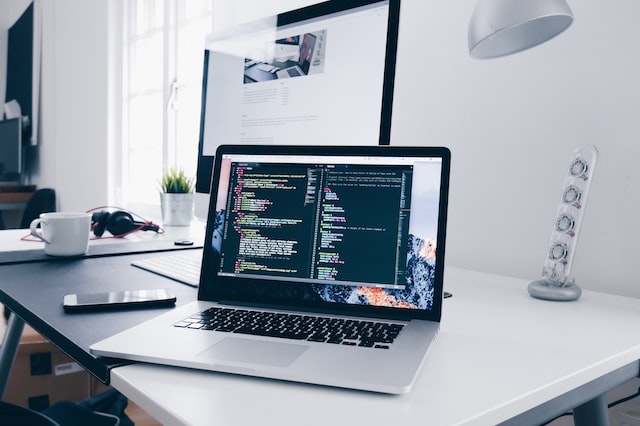 Next, we’ll be cracking down on the technologies essential to the MERN Stack. Firstly, MongoDB acts as the NoSQL database for this solution. These databases are often used for working with large amounts of distributed data, which is also why it’s simple to transform JavaScript data into MongoDB and vice versa.

Express or Express.js is a data modeling language and a backend web application framework that is responsible for formally specifying data. It consists of many middleware components, which enable programmers to develop and manage highly complex web applications.

To do so, developers can define application routes based on HTTP and URLs. Furthermore, Express makes it easier to serve files and static resources of your projects. These queries are executed using React.js.

The front-end part of the website is handled by React.js, which is a JavaScript library developed in 2013 by Facebook. React.js is used to build an interactive user interface (UI) for both mobile and web applications.

Loading speeds, animations, uploads, and transitions are accelerated thanks to this technology. To do so, React enables developers to form encapsulated segments that maintain their state. These are then comprised to create more complex interfaces.

We move on to Node.js – a JavaScript runtime environment that’s cross-platform and open-source. Using Node.js, developers can write the code for dynamic webpages, gather form data, edit database content and manage files on the server.

Instead of creating new threads for all new requests, Node.js runs on a single process. That said, a developer who is well-versed in JavaScript will have no trouble learning from Node.js, as the two are strongly linked and are able to mesh with each other.

Combining These to Utilize the Full MERN Stack

As explained above, all the components can be used individually, but the combined technologies will result in a more advanced mechanism. For an e-commerce site, this means powering the process of a customer clicking a product link, fetching data on products, showing graphics, and repeating this cycle as needed.

MERN is also a top choice among developers as it comes with a suite of testing tools to help them point out errors, and has code written in JavaScript which makes it easier to integrate into different frameworks.

Why Use the MERN Stack

For all these reasons, the MERN Stack has been continuously gaining popularity in recent years. Big players like Netflix, Facebook, Airbnb, and UberEats are known to use MERN Stack in their technologies – it’s about time for more developers and organizations to adopt this useful fusion.